Looking for a weekend read that is emotional and packed with hope? Then look no further than this lovely story. 💗

A beautifully told emotional tale. Dani Atkins definitely tugged on my heartstrings with this evocative story. The story begins with Alex saying goodbye to his beautiful wife for what turns out to be the last time. Lisa a devoted wife and mother with a passion for astronomy who was gone too soon. As Alex begins the process of grief he is informed that Lisa signed up to be an organ donor. Knowing his wife would always want to help out those in need Alex agrees to this. Lisa‘s organs save/improve the lives of four random people. And Alex is left picking up the pieces not knowing how he’s going to manage this, much less his six-year-old son Connor. Driven by his grief and need to understand Alex connects with the four people who benefited from Lisa’s organ donation. What follows is a lovely story filled with hope, encouragement, strength, grief, and second chances.

The story is told from the alternating perspectives of Alex and Molly. Molly is a 32-year-old elementary teacher who received leases heart. I really liked Molly she had such a kind spirit about her. Alex was a good guy who was so shattered, my heart broke for both him and his young son. What I loved most about this book was the found family that these organ beneficiaries found with one another as well as Alex. It’s kind of funny that there was so much feel goodness in this book about grief.

Now on a personal note I need to address something about the book that did not sit well with me. I myself suffer from a degenerative I disease like one of the characters in the story who received a cornea transplant. First of all I want to point out that you cannot get an eye transplant or a retina transplant, so most people who are blind would not benefit at this point in time from any kind of transplant. And as much as I liked this particular character in the story, I really wish he was not included. The thing is getting a cornea transplant is not life-saving it is life enhancing. Being blind is not a death sentence it is a disability that many people live with daily. It was unfortunate and truthfully a little hurtful every time it was mentioned that this man’s life was pretty much over with because of his disease that caused his blindness. I don’t believe that this was the intent of the book or the author and I debated whether or not to mention it in my review. I decided that I needed to be true to myself and I needed to say something. And I need to mention one more thing, I really don’t mean to nitpick, but… blind people are more tactile than sighted people, however they don’t actually invade peoples personal space and touch them “as seen on TV“. Now this is not an indictment of this book that I will reiterate was very good it is just a little reminder for all of us to be a little more mindful.

*** Big thank you to Bookouture for my gifted copy of this book. All opinions are my own. ***

Alex crossed to the bed, where the only woman he had ever loved lay immobile. There was an ugly dark bruise along her jaw, but far more shocking was the plastic breathing tube protruding from between the lips he’d kissed only hours earlier. Despair and fear rose in Alex’s throat. ‘We have a little boy. His name is Connor. He still needs his mother… We both do.’

When Lisa married Alex, she gave his life meaning. She was a professional astronomer: a stargazer. And when she gazed at Alex, she saw that behind his tough exterior was a man she could love.

Alex, Lisa and their young son Connor made a happy little universe. But then Lisa dies in a train crash, and their perfect world is destroyed. Alex is shattered by loss, and overwhelmed by the difficulties of being a single father to a six-year-old. How can he and Connor carry on without Lisa lighting up their lives?

But throughout her life Lisa touched the hearts of more people than just her family. And as those people whose fates were changed come forward after her tragic death, Alex hears their stories and begins to realise the world may not be as cruel and senseless as it seems. If you can find the strength to start over, there are new beginnings in even our most heartbreaking moments… 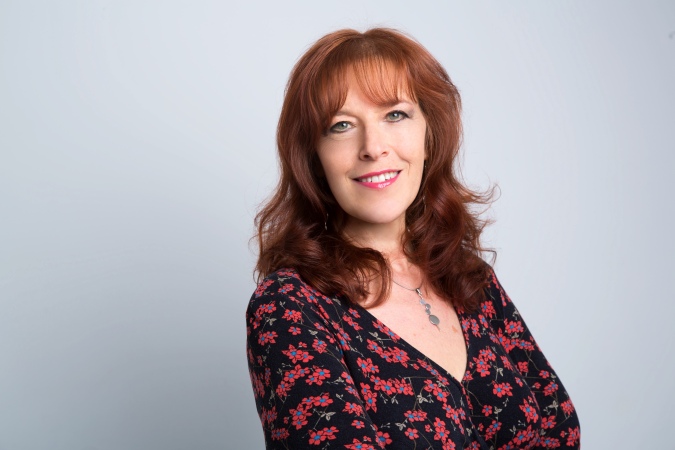 Author Bio:
Dani Atkins is an award-winning novelist. Her 2013 debut THEN AND ALWAYS (published as FRACTURED in the UK) has been translated into seventeen languages and has sold more than half a million copies globally.
Dani is the author of five other bestselling novels (THE STORY OF US, OUR SONG, THIS LOVE, WHILE I WAS SLEEPING and A MILLION DREAMS) and PERFECT STRANGERS, a standalone eBook novella. In 2018, THIS LOVE won the Romantic Novel of the Year Award at the RNA awards in London.
Dani lives in a small village in the English countryside, in a 300 year old cottage, with her husband, one Siamese cat and a very soppy Border Collie.
https://www.facebook.com/DaniAtkinsAuthor/