Hope everyone is doing as well as can be expected! This was such a clever riveting read that still has me thinking 🤔

Clever and riveting. S E Lynes has once again crafted a twisted, thought provoking, and complex tale. Rachel is almost convinced that she is invisible. Her teenage daughter doesn’t need her, her husband doesn’t look at her, and everyone around her seems to look right through her. Rachel is sad and frustrated she is used to being needed, being heard, and being scene. Rachel also has what some would call an unhealthy obsession with the crime going on in her neighborhood. She is consumed with clipping out all news articles pertaining to local violent crime and adding them to her notebook. But most concerning of all she has been losing pieces of her memory. When Rachel starts discovering disturbing things, bloody Kleenex, a knife missing should she worry that her obsession with violent crime is not only in her head.

The story is told from the perspective of Rachel. We also get snippets of interviews between a forensic psychologist and Rachel as well as her husband Mark, her daughter Katie, her BFF Lisa, and her neighbor Ingrid. I loved the structure and I thought it made the story flow nicely. This was not necessarily one of those books that grab me from the first page it took a while to build but once I hit that halfway point Bam, it was unputdowngable Rachel was a frustrating sometimes tedious character, I really wanted the girl to tell several people in this book off, one of them being her husband Mark. Sometimes she seemed to like to play the part of the martyr and was not willing to ask for help or reach out. But truly it was really hard to figure Rachel out, was she simply having a hard time going through a bit of a midlife crisis? Was she crazy? Was she a murderer? I had no idea. Twisted and tense with a surprising and satisfying ending.

*** Big thank you to Bookouture for my gifted copy of this book. All opinions are my own. ***

Book Description:
Rachel Ryder doesn’t understand how her life has changed so completely. When she was younger, heads would turn when she walked into a room. Her children needed her; her husband adored her.

But somehow the years wore that all away. She was so busy raising her children, looking after her parents… She can barely remember the woman she used to be, the one whose husband told her she was out of his league. The woman she is now just does the laundry and makes the dinner, and can walk into a room without anyone knowing she’s there.

And now she’s worried that she did something terrible. Because she’s sitting in a room, being asked whether she killed someone.

When no-one is watching, you can get away with anything…

Can You See Her? is an utterly compelling and unputdownable psychological thriller, about how far you can push a woman before she will break. Perfect for fans of Gillian Flynn, A.J. Finn and The Silent Patient. 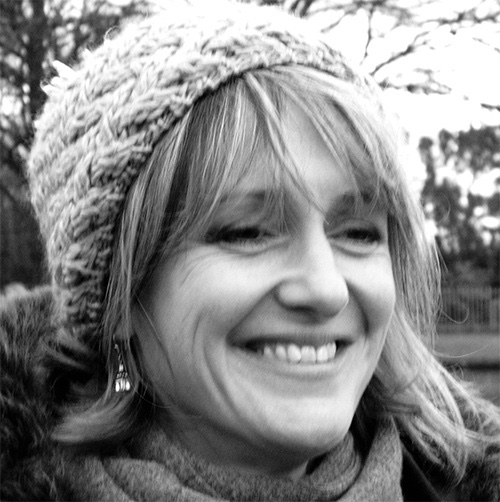 Author Bio:
After graduating from Leeds University, S E Lynes lived in London before moving to Aberdeen where she worked as a BBC Producer. In 2002, she moved to Rome with her husband and two young children. In 2007, after the birth of her third child, she returned to the UK and gained an MA in Creative Writing from Kingston University. Currently, she writes novels and teaches Creative Writing at Richmond Adult Community College.
@SELynesAuthor

Have a lovely day!🌸