I am here today to brighten your day with a fun cover reveal! I’m sure lots of you have the kiddos at home and these look like some fun reads! although my 17 and 23-year-old who are home right now weren’t really thinking they would want to read these. But they don’t know what they’re missing! ✨✨✨

Josie James is an ordinary 13 year old until something extraordinary happens during her summer holidays.Whilst staying at her Great Grandmother’s cottage in the country she finds herself swept into the cursed world of Suncroft where it is perpetual winter.Her new friends believe she could be the Chosen One who it is foretold will lift the curse, but there are more pressing matters.

The Teardrops of Summer – magical crystals that render the owner immortal – have been stolen. Along with her telepathic husky-dog Protector Asher and her new friends, Josie must race to find the Teardrops and prevent catastrophe for their world. 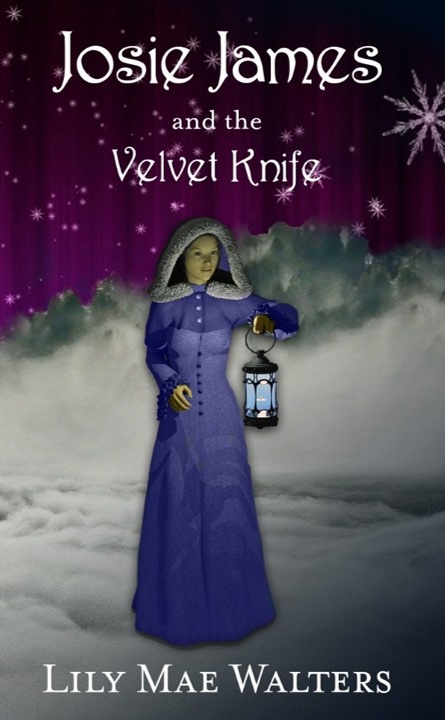 “For you to find the Velvet Knife, you must solve the riddles thrice.” A mysterious hooded figure, known only as the Velvet Knife has appeared in the cursed village of Suncroft. No one knows who he is or what he wants but when he starts leaving riddles around the village, it is time for Josie to return to Suncroft for a second time.

With Asher, her faithful husky Protector by her side, Filan, a half elf, and her great grandad, will they be able to solve the clues in time and discover his identity? The Velvet Knife is not the only one causing problems for Josie. Her rival for the position of the ‘Chosen One’ continues to grow stronger, and now he has a Protector of his own.

What does all this mean for Josie? Is she destined to lift the wintery curse of Suncroft or will another take her place as the ‘Chosen One’?

Do you like campy over the top scary movies? Then this one’s for you!😱😰🤭

Over the top, campy, cheesy, gruesome, crazy, entertaining. This book was like a bad horror movie that you watch over and over and over again because you are just so Hooked. SO once upon a time there were four friends Elise, Mae, Molly, and Julie. The girls met in college and formed an unbreakable bond. When Julie goes missing they are all devastated, where is their Bestie? A year after Julie goes missing her husband Tristan holds a memorial, but Elise is not convinced that Julie is dead. Been two years to the day after Julie goes missing she shows up again on the porch swing wearing the same clothes she went missing in. Julie seems to have come out of this mostly unscathed but she cannot remember where she was. The besties are all so excited and plan a girls weekend at a Hotel in the Catskills. What follows is a very interesting tale. Is the hotel haunted? Is Julie possessed? Has Elise gone crazy?

This book is not going to work for everybody. It is not a thriller this is horror with a campy vibe. Some parts were a little gruesome, some parts were a little unbelievable, and a lot of parts were over the top. You may never look at meat the same way again. A tacky hotel, a group of friends, and things going bump in the night. I may never figure out if I liked this book or not, but I do know it kept me entertained from cover to cover.

*** Big thank you to Berkley for my gifted copy of this book. All opinions are my own. ***

A group of friends reunite after one of them has returned from a mysterious two-year disappearance in this edgy and haunting debut.

Julie is missing, and no one believes she will ever return – except Elise. Elise knows Julie better than anyone, and feels it in her bones that her best friend is out there and that one day Julie will come back. She’s right. Two years to the day that Julie went missing, she reappears with no memory of where she’s been or what happened to her.

Along with Molly and Mae, their two close friends from college, the women decide to reunite at a remote inn. But the second Elise sees Julie, she knows something is wrong – she’s emaciated, with sallow skin and odd appetites. And as the weekend unfurls, it becomes impossible to deny that the Julie who vanished two years ago is not the same Julie who came back. But then who – or what – is she?

Have a lovely day!🌸