Super excited to share my review for this book today! This is probably the BEST thriller I have read this summer! ALL THE STARS for this one!🌟🌟🌟🌟🌟 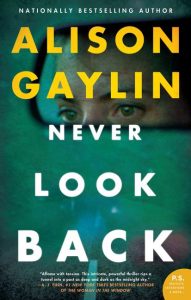 About Never Look Back

From the Edgar Award-winning author of If I Die Tonight

Reminiscent of the bestsellers of Laura Lippman and Harlan Coben—with a Serial-esque podcast twist—an absorbing, addictive tale of psychological suspense from the author of the highly acclaimed and Edgar Award-nominated What Remains of Me and the USA Today bestselling and Shamus Award-winning Brenna Spector series.

For thirteen days in 1976, teenage murderers April Cooper and Gabriel LeRoy terrorized Southern California’s Inland Empire, killing a dozen victims before perishing themselves in a fire… or did they? More than 40 years later, twentysomething podcast producer Quentin Garrison blames his troubled upbringing on the murders. And after a shocking message from a source, he has reason to believe April Cooper may still be alive. Meanwhile, New York City film columnist Robin Diamond is coping with rising doubts about her husband and terrifying threats from internet trolls. But that’s nothing compared to the outrageous phone call she gets from Quentin… and a brutal home invasion that makes her question everything she ever believed in. Is Robin’s beloved mother a mass murderer? Is there anyone she can trust?

Told through the eyes of those destroyed by the Inland Empire Killings—including Robin, Quentin, and a fifteen-year-old April Cooper—Never Look Back asks the question:

How well do we really know our parents, our partners—and ourselves?

BEST THRILLER of the SUMMER!!!

Alison Gaylin completely sucked me in with this tense absorbing dark story. 1976 California the Inland Empire ( fun fact is where I live). Two teenagers go on a killing spree that ends with them both dying in a fire. Present day quinton a crime podcaster is investigating these serial killers whose actions had a direct impact on his life. In the course of his investigation he happens across a film journalist living in New England who also has a tie to the story. What transpires is a tents and disturbing search for the truth. The book is told from the perspective of Quinton, Robin, and a young April Cooper (one of the teenagers). I found each of these characters perspectives unique and compelling. Aprils story was told to us in letters written to her future child, this was both chilling and endearing. Not going to lie I really liked April as well as Quinton and Robin and as things began to unravel I was shocked. This was a book that really made you question how well do you know the people in your life? Your parents? Your significant other? Your coworker? And the twists kept coming! As soon as I thought aha I got this figured out the book slammed me and said not so fast inspector Berit! This was just a brilliantly told story that kept me invested and on the edge from first page to last! If you love thrillers, books about serial killers, crime podcasts then this is a can’t miss!

Both narrators did a wonderful job with the narration of the story. As always getting a voice to extremely well develop characters just adds another dimension to the story. You can listen to the narrator’s as they present this scripted podcast of what Quinton was working on during this book.

*** Big thanks to William Morrow for my copy of this book *** 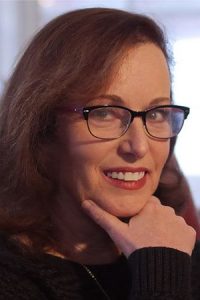 Alison Gaylin is the award-winning author of Hide Your Eyes and its sequel, You Kill Me; the standalones Trashed and Heartless; and the Brenna Spector series: And She Was, Into the Dark, and Stay with Me. A graduate of Northwestern University and of Columbia University’s Graduate School of Journalism, she lives with her husband and daughter in Woodstock, New York.