Delighted to share with you today this review for a book that was simply enchanting. This is a love story about real love between real people living in the real world!😍

Anna Stuart has written an epic love story about real love between real people. Bonnie and Stan have been together for over 50 years, since the swinging 60s. Stan has just retired and Bonnie is building them their dream house, but it looks as though life has different plans. Stan has been diagnosed with terminal cancer and with the help of his granddaughter he is determined to find Bonnie a new man so she won’t need to live the rest of her years alone. Sounds a little morose and depressing, but I can assure you it was not.

The Book seamlessly bounce between the 60s and present day and was told from the perspectives of both Bonnie and Stan. In the 60s Bonnie was an architect student and Stan was in a band. The book is said in Liverpool where the music scene was on high especially with the emergence of the Beatles. Love books set in the 60s it was such a vibrant time in history full of so much change. Although I might have been drawn a little more to the past storyline the present storyline was really a lot of fun. I loved watching Stan go out on these dates with these men to find the perfect man for his beloved Bonnie. I also liked the part the granddaughter played in the story, she was a great character with her environmental saving ways. I just could not help seeing my own parents in Stan and Bonnie, not that my dad would ever look for somebody for my mom (at least I don’t think so). My parents met in the 60s and have been married for over 50 years and are now in their 70s. I truly could not imagine one of them without the other, they may not be the most romantic of people, but they sure do have a strong relationship. I think that’s why this book hit me so hard in the heart.

An absolutely beautiful story full of so much heart. There was just such a strong feeling of authenticity to the story. I felt as though Bonnie and Stan had the type of love that we all strive to have. I am not a romantic person at all but I could really feel the true love in this book. A well told story that will just make you feel good to be alive!

After 50 years together Stan still adores his wife… so why is he dating again?

Bonnie and Stan are soulmates. They met during the Swinging Sixties, to the soundtrack of The Beatles and the Merseybeat scene. Now they’ve grown up and grown old together, had children and grandchildren. They are finally building their dream home, when disaster strikes.

Stan is running out of time, and can’t bear the thought of leaving Bonnie alone. Alongside his teenage granddaughter Greya, he forms a plan to find Bonnie a new love of her life. And she must never find out…

Bonnie & Stan is a poignant, surprising love story set during the Swinging Sixties and the present day. Ultimately feel-good and full of emotion, Bonnie & Stan will make your heart sing.

It is the best time of the year! Summer reading time! Excited to share my review for this charming story that made me want to pack up and move to the south and become a beekeeper! Thank you so much Trish for my invitation to this tour!🐝🐝🐝

Dorothea Benton Frank has crafted a delightful story bursting with the perfect amount of heart, quirk, and southern charm. Holly is 30 and she still lives at home caring for her unappreciative mother who is a bit of a hypochondriac. Holly is certain she will eventually land her dream job as a teacher at Sullivan’s Island elementary school. She is also certain that she plays an important part in the lives of the two little boys that live next-door, and a little less certain that she will ever capture their fathers heart. Not only is Holly busy taking care of others, but she is also a beekeeper. Holly not only cares for the bees, but she also has a special bond with them. Holly’s sister Leslie left the island as soon as she could needing to escape their demanding mother the “queen bee“. But there have been big changes in Leslie‘s life and she finds herself returning home. What follows is a Beautiful story about two sisters and their mother who reconnect, regroup and grow together.

Loved this book! The setting of Sullivan’s Island was so lovely. The author grew up on the island and her love and knowledge of this charming place really shown through. The characters in this book were so wonderful, so colorful, and so well-developed. I felt as though I would know them if I were to run across them walking down the street. Not only that I’d want to spend the day with them, shoot I’d even love to see those bees. And the food, can’t forget that. I’d love for Holly to invite me over for dinner and feed me some of that good old southern cuisine. Holly was a fantastic character and I loved her growth throughout the story. She was so good with Hunter and Tyler and I really adored those kids! Loved all the little bee fax that she told them at the beginning of each chapter. I really actually learned a lot about bees that I did not know. Holly‘s mom “the queen“ was a very colorful character and I really loved the direction that her character took throughout the story. Leslie oh Leslie I am still not certain about some of your choices.

This really is the perfect book to kick off your summer with! A beautiful setting, amazing characters, and a fun storyline with a lot of heart. There were several laugh out loud moments. This book certainly took a turn I was not expecting. A wonderful uplifting feel-good story that will put a smile on your face.

🎧🎧🎧 Shannon McManus is the perfect narrator for southern fiction. She does such a good job with all the voices I really love her male voice and her little kid voices as well. There is something so warm and friendly about Shannon’s voice that really adds a little something something to these heartwarming books!

Immerse yourself in the enchanting world of New York Timesbestselling author Dorothea Benton Frank’s Carolina Lowcountry in this evocative tale that returns at long last to her beloved Sullivan’s Island.

Beekeeper Holly McNee Kensen quietly lives in a world of her own on Sullivan’s Island, tending her hives and working at the local island library. Holly calls her mother The Queen Bee because she’s a demanding hulk of a woman. Her mother, a devoted hypochondriac, might be unaware that she’s quite ill but that doesn’t stop her from tormenting Holly. To escape the drama, Holly’s sister Leslie married and moved away, wanting little to do with island life. Holly’s escape is to submerge herself in the lives of the two young boys next door and their widowed father, Archie.

Her world is upended when the more flamboyant Leslie returns and both sisters, polar opposites, fixate on what’s happening in their neighbor’s home. Is Archie really in love with that awful ice queen of a woman? If Archie marries her, what will become of his little boys? Restless Leslie is desperate for validation after her imploded marriage, squandering her favors on any and all takers. Their mother ups her game in an uproarious and theatrical downward spiral. Scandalized Holly is talking to her honey bees a mile a minute, as though they’ll give her a minute, as though they’ll give her a solution to all the chaos. Maybe they will.

Queen Bee is a classic Lowcountry Tale—warm, wise and hilarious, it roars with humanity and a dropperful of whodunit added for good measure by an unseen hand. In her twentieth novel, Dorothea Benton Frank brings us back to her beloved island with an unforgettable story where the Lowcountry magic of the natural world collides with the beat of the human heart. 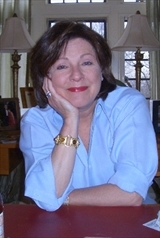